After suffering a horror start to 2018, Australia’s largest listed early childhood education and care provider has recently turned its fortunes around, with the G8 Education Ltd (ASX: GEM) share price rising around 50% in the last month.

Let’s take a look at why…

G8 Education also presented a trading update on November 15, which was well received by the market. The company highlighted steady improvements in occupancy rates, which are now trending well ahead of prior year growth rates, with the gap widening in H2 2018.

Improved occupancy rates are beneficial for G8 Education because it enables the company to generate stronger earnings from its existing network of childcare centres and, therefore, improving its return on capital employed (ROCE).

The company also highlighted improved wage efficiencies in the H2 2018, with fortnightly wage hours per booking now tracking in line with the prior corresponding period, after experiencing poor wage performance in H1 2018, which was largely due to regulatory changes that increased staff requirements.

The childcare provider also reported that 2016/2017 greenfield centre acquisitions are performing in line with expectations, while new brownfield acquisitions have performed below expectations due to issues with the management of web inquiries – issues which have since been rectified.

G8 Education has outlined that it expects to deliver EBIT of $136 – 139 million for the 2018 calendar year. The company also outlined its strategic medium-term targets, which it aims to achieve by 2022, including:

The outlook of the childcare sector is also showing signs of improvement, with a slowdown expected in the rate of supply growth expected in the short to medium term due to the tightening of bank lending to developers. The demand for childcare centres is also forecast to increase consistently due to the Jobs for Families package, which is providing $2.5 billion in funding over 4 years.

It also appears likely that demand will be further bolstered by the prospects of a Labor government following next years federal election, as the Labor party has pledged a further $1.75 billion in childcare subsidies, which aim to achieve 90% enrolment of three-year-olds in preschool by 2023.

I believe that the G8 Education share price is currently near its fair value following the recent spike, with the childcare provider trading around the $3 mark, at a price to earnings multiple of 16.2. The company offers a fully franked yield of 7.6% to investors, which is supported by its defensive earnings stream.

I put G8 Education up there with APA Group (ASX: APA), AGL Energy Limited (ASX: AGL) and Transurban Group (ASX: TCL), as some of my favourite consistent dividend-paying stocks on the ASX 200.

Motley Fool contributor Gregory Burke has no position in any of the stocks mentioned. The Motley Fool Australia owns shares of and has recommended Transurban Group. We Fools may not all hold the same opinions, but we all believe that considering a diverse range of insights makes us better investors. The Motley Fool has a disclosure policy. This article contains general investment advice only (under AFSL 400691). Authorised by Scott Phillips. 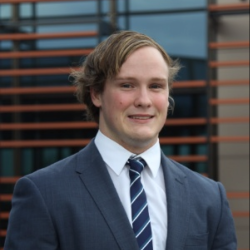