Overnight the Dow Jones dropped 1.2% and the S&P 500 fell 1%, after the US Federal Reserve cut back its quantitative easing program for the second consecutive month by $10 billion to $65 billion.

The cash-addicted market is scared that it won’t be able to survive without its favourite ‘hit’.

And where US markets go, Australia slavishly follows.

In morning trade, the S&P/ASX 200 has dropped 1.1%, falling all the way back to precisely where it started yesterday morning, at 5,175.

Your nest egg is safe!

Is it anything to really worry about? Is your retirement nest-egg about to be obliterated?

I’m certainly not running for the hills and loading up on gold.

Much more likely is this pull back is temporary in nature, and soon we’ll all be cheering stocks higher again… just like the good old days of just a few weeks ago.

“All we’re seeing at present is an overly extended market looking for excuses to lose a bit of steam.”

And the timing couldn’t be better

Market pull-backs, as we mentioned yesterday, are ideal times to put that spare cash to work buying stocks.

For the team at Motley Fool Share Advisor, the timing of the market pull-back couldn’t be better.

Drunk at the wheel

Never let it be said by us Motley Fools that stock picking is easy.

Winemaker Treasury Wine Estates (ASX: TWE) is a case in point, its shares crashing a massive 17% today after downgrading its profit guidance, the company saying…

“In Australia, TWE’s decision to increase prices on some of its Commercial portfolio, participate in less deep promotion initiatives across the portfolio over the Christmas period, together with significant competitive activity, resulted in higher than expected volume declines.”

Did someone forget to mention the ongoing wine glut to the marketing whiz kids at Treasury Wines?

As a consumer of wine, I can tell you it’s a great time to be buying the product, but for producers like TWE, it’s a lousy time to be selling the stuff.

My advice? Drink up and steer well clear of TWE shares.

House price growth to fall by 50%…

Another thing you can steer clear of is property.

House prices are likely to grow at half the pace of last year according to the Australian Financial Review.

Across the country, median house prices rose 9.8% in 2013, with Sydney leading the way.

“Prices just can’t keep growing at that level into the medium term…. Melbourne will be lucky to get half the growth it has had this year.”

Half last year’s growth equates to just over 4%, Foolish readers – less than you can get in many quality blue chip stocks on the ASX in dividends alone, ignoring any chance of capital growth.

And as Mr Wilson says, “We’ve never seen back-to-back growth, and to see these results repeated again this year would be a first.”

Of course the property bulls will continue to tell you “house prices never fall.”

They’ve been right, for a very long time. But just like Australia’s next recession is much closer than its last recession, never say never.

It’s yet another reason why I’ll be investing my hard earned into the stock market this year.

I’ve got my eye on a number of quality stocks in my SMSF that I’d like to add to, like Coca-Cola Amatil (ASX: CCL) – bottler of the ubiquitous soft drink, which at current prices is paying a partly-franked dividend yield of 4.7%.

But there’s one stock I won’t be touching. 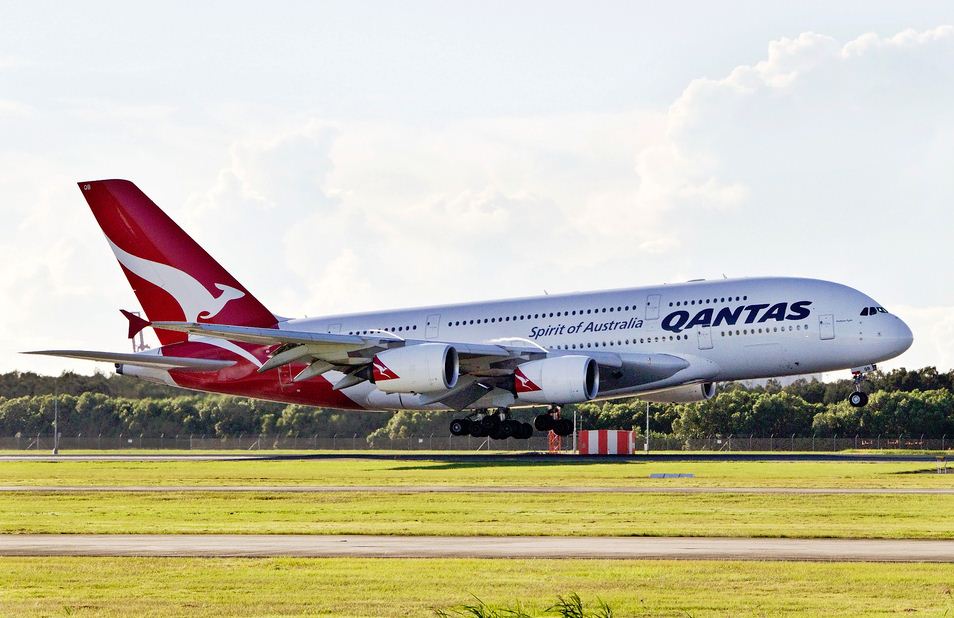 JP Morgan says the ‘Flying Kangaroo’ will continue to rack up losses until 2016.

Regular readers will know we aren’t overly keen on airline stocks, for many reasons.

Those include being subject to too many issues beyond the control of management such as accidents, plane defects, poor weather, a unionised workforce, booking software issues, terrorism, exchange rates, interest rates and the global price for fuel.

Add in the high costs of said planes, the capital intensive nature of the industry and the resultant high debt levels, no competitive advantage and the fact airlines sell a commodity product  — with the winner offering the lowest priced ticket — and management have an almost impossible job of keeping the airline in the sky.

The national icon is said to be looking at asset sales and could sell its Freight division, according to the Australian Financial Review. A float of the Qantas frequent flyer program could also be on the cards – with the division among its most profitable, and estimated to be worth up to $3 billion.

Qantas — you are selling the wrong assets!

Selling off assets is a temporary reprieve at best… unless they could sell off the airline itself. Only problem there is a lack of willing buyers!

Qantas shares have dropped 30% in the past twelve months and are down a massive 85% since their $6 high in 2007. But the stock could easily go lower from here.

As we said in October last year, avoiding the market’s potholes is key to generating decent long-term returns.

Qantas, sadly, is one of those potholes.

And we’ll find a few more potholes over the next month or so.

Warren Buffett famously said, “When the tide goes out we see who’s been swimming naked”, in reference to those companies that may have been buoyed by a rising market, only to report disappointing results.

There’s more than 2,000 companies listed on the ASX, and most of them are, frankly rubbish stocks.

With the market rising 15% last year, many have been lifted by the rising tide, along with the quality companies.

Over the next month or so, the ‘wheat should get sorted from the chaff’.

Most companies on the ASX will be reporting half-yearly trading results over the next month, including market leaders Commonwealth Bank (ASX: CBA) and BHP Billiton (ASX: BHP).

Confession season has already seen some companies give trading updates on what to expect when they report.

For shareholders in retailers Super Retail Group (ASX: SUL) and The Reject Shop (ASX: TRS), it wasn’t pretty. Both have reported disappointing results.

Then you have the much-maligned JB Hi-Fi (ASX: JBH), which saw its shares jump more than 9%, after reporting a 2.8% rise in same store sales, and 6% growth in revenues.

Many in the market have written-off JB Hi-Fi, suggesting its glory days of heady growth are over. That may well be the case, but the company is proving that there’s more than one way to skin a cat…

I sold out… but sold too soon!

I jumped on the dis-believer band-wagon late last year and sold out of JB Hi-Fi.

As seems to be the case with quite a few of my recent share sales, JBH has since climbed more than 17%.

Don’t worry readers, I’ve already given myself an uppercut!

I’ll freely admit that I got JB Hi-Fi wrong, and probably should have held on.

But I do have my eyes on my two potential multibaggers, Nearmap (ASX: NEA) and LifeHealthcare Group (ASX: LHC) this reporting season. Both have outstanding potential, but their half-year reports will be key.

And on that note, I wish you happy and profitable investing.