Netflix (NASDAQ: NFLX) reported first-quarter results on Tuesday. The company shed subscribers for the first time in years. The streaming pioneer was a massive winner during the initial stages of the pandemic when billions of people were spending nearly all their time at home.

Now that demand for in-home entertainment is normalizing with economies reopening, Netflix looks to existing viewers to boost subscriber growth. Management estimates nearly 100 million people watch Netflix on shared accounts, and they should be paying for the service instead.

Netflix has more customers than its subscriber totals indicate

As of March 31, Netflix boasted 221.6 million paying subscribers. That was down by 200,000 from the previous quarter, but still higher by 14 million from the same quarter a year ago. Interestingly, Netflix claims there are approximately 100 million people who are gaining access to Netflix through account-sharing. The company believes there is a massive opportunity to boost revenue growth by monetizing those users.

Co-Founder and CEO Reed Hastings touched on the matter in the company's conference call following the first-quarter earnings release:

So on the 2 parts, we're working on how to monetize sharing. We've been thinking about that for a couple of years. But when we were growing fast, it wasn't the high priority to work on. And now, we're working super hard on it. And remember, these are over 100 million households that already are choosing to view Netflix. They love the service. We just got to get paid at some degree for them.

There are several tools at Netflix's disposal to address account sharing. It's a matter of how strictly the company wants to control unwanted sharing. For instance, it could implement a policy that requires users to register accounts on a restricted number of devices. That would work to limit sharing because the household paying for the service will be less likely to share the log-in information if it restricts their own usage.

Another method the company is currently testing in select countries is to get households to pay a small premium for sharing their account with family members living outside of the home. That policy may not increase subscriber growth, but it will boost average revenue per subscriber as existing members pay more for the privilege of sharing Netflix access with others. Nevertheless, it works toward Netflix's goal of monetizing users already watching its content. 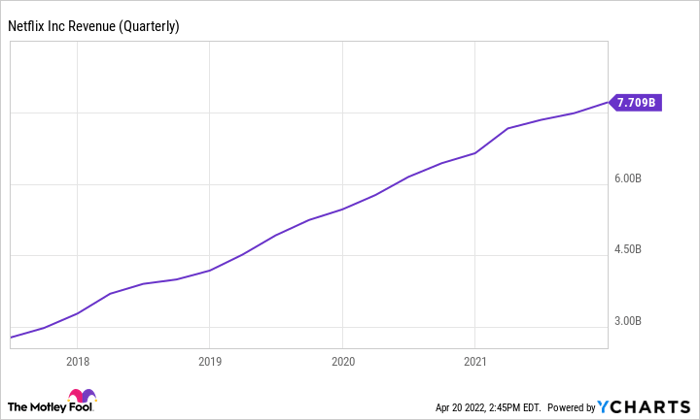 Netflix reported revenue of $7.9 billion in the quarter, which ended on March 31. That was 9.6% higher than the same quarter last year, and for the first time in a long while, it grew revenue by less than a double-digit percentage. Revenue fuels the flywheel for Netflix. It can spend the money that comes in on content, which could attract and retain existing customers, which boost revenue further, and so on. For that reason, monetizing shared accounts has become a top priority for management in the near term.

The opportunity is genuinely massive

If Netflix can generate a modest extra monthly payment of $3 per user from the estimated 100 million non-paying viewers, that would generate $3.6 billion per year in annualized revenue. To put that figure into context, Netflix earned $29.7 billion in revenue in the fiscal year 2021. Keep in mind that Netflix's current average revenue per user is above $8 in all of its geographic regions, so a $3 per user increase is a conservative target. 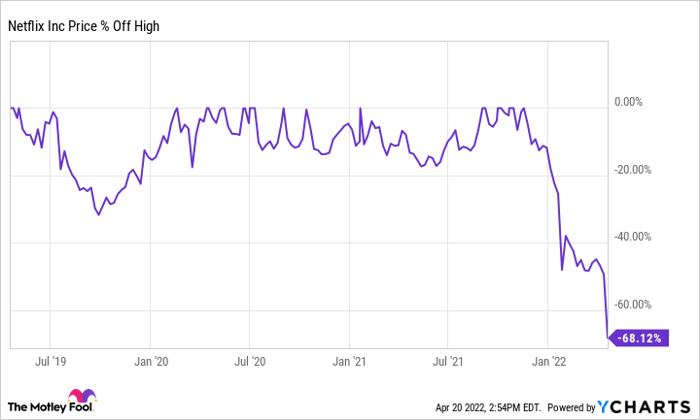 It's unclear whether achieving this goal will work to assuage investors who are concerned with Netflix's slowing subscriber growth amid rising competition. Regardless of investor response, the company can use the additional funds to boost its content slate and increase its competitive advantage. It's undoubtedly something long-term investors interested in Netflix should pay close attention to over the next several quarters.