Overnight, Apple Inc. (NASDAQ:AAPL) announced with much fanfare, as it always does, new iPhone, Watch, and Apple TV models.

This year marks the tenth anniversary of the iPhone so the Silicon Valley giant was under pressure to deliver some dial-moving innovations. And it did, with new edge-to-edge display, new camera technology, arrival of Augmented Reality, a wearable device in the Watch that can work while untethered from the phone, and a new Face ID system that securely unlocks your phone based on analysis of your face.

The world’s most valuable company will probably set new records for iPhone sales in the year ahead. It will likely send revenues and profits soaring. But that’s really digressing from the investing story I want to tell you today.

In late 1997, Apple was a beleaguered company. Steve Jobs came back to the company he had co-founded with the task of getting it back on its feet. On the verge of bankruptcy, Jobs did a deal with Bill Gates of Microsoft, that put to rest a long running patent and technology dispute between the two companies.

Microsoft Corporation (NASDAQ:MSFT) invested US$150 million in preferred non-voting Apple stock, which would convert to common shares three years later. Among other things, Microsoft agreed to develop Office software for the Mac and Apple agreed to make Internet Explorer the default browser on the Mac. It was a deal that really helped Apple stay afloat and engineer one of the greatest turnarounds in history.

Apple came up with the iPod, disrupted the iPod to make way for the iPhone, developed tablets, and strengthened its iOS ecosystem. Along the way, it became a massive profit machine, with an enviable cash pile that now exceeds US$250 billion.

So, what happened to Microsoft’s stake in Apple? Well, Microsoft converted the preferred stock to shares in 2000 and cashed out completely in 2003 — and made a handy profit on the deal. However, had Microsoft held onto its stake, by my estimate, it would own about 36 million shares in Apple. That stake would be worth a cool US$57 billion, or roughly a 380-bagger. That’s a small (or rather, huge) fortune.

I think we all should thank Microsoft for enabling one of the greatest innovations of modern times, the iPhone. The iPhone paved the way for not just how we communicate but also became the building block for the next generation of disruptors like Uber and AirBnB. Microsoft had done well over the years, but may be listening to Warren Buffett’s mantra of buying and holding businesses for the long haul would have made Microsoft investors happier. 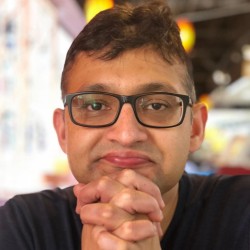