Short sellers borrow shares in a company in order to sell them on market. Because they will have to buy back the shares in order to return them, short sellers are therefore betting that the share price will go down. Academic studies have shown that short sellers are good for the economy, and help spot fraud, but the key question for investors is whether they should avoid shorted companies, or bet against the shorts by buying shares.

Domino’s Pizza Enterprises Ltd. (ASX: DMP) had 10.8% of its shares sold short on the 22nd of May, 2017, with 9.6 million shares sold short. That’s around 35 times the daily average volume of shares traded during May, suggesting that if the short sellers get cold feet, we could see a short squeeze.

The most likely reason that short sellers are targeting Domino’s Pizza is that a lengthy exposé into underpayment of wages by franchisees, by Adele Ferguson and Mario Christodoulou, triggered an investigation by the Fair Work Ombudsman.

However, prior to this report, over 4% of Domino’s shares were already sold short. That suggests that some short sellers either predicted the problems with employment conditions for workers, or they viewed the stock as overvalued even without these problems. Based on Morningstar analyst estimates, the company is trading on over 40 times 2017 earnings, so it certainly is priced for strong growth well into the future. It also has net debt of $265 million, so it could be vulnerable if earnings fall.

While that may or may not occur, I’d make the case that there are safer stocks which could still make you a pretty penny. While there’s no doubt that investors should be looking for future blue chips for capital gains, that doesn’t mean you have to take on the short sellers with controversial stocks like Domino’s Pizza.

Certainly, it might make sense to keep an eye on Domino’s, because if the share price falls to lower levels, one could readily argue that the potential rewards more than justify the risk. But since the company is currently still optimistically priced, it’s hard to get too enthusiastic about it.

There’s nothing more satisfying than betting against short sellers, and winning, because they then have to buy back the shares at higher prices, sometimes causing a ‘short squeeze’. But I personally take a cautious approach and only bet against the short sellers if I have good reason to believe they are wrong. In the case of Domino’s I’m not convinced either way, so I prefer look elsewhere.

Claude Walker is a Motley Fool investment advisor. He does not own shares in the companies mentioned in this article. You can follow Claude on Twitter @claudedwalker. The Motley Fool's purpose is to educate, amuse and enrich investors. This article contains general investment advice only (under AFSL 400691). 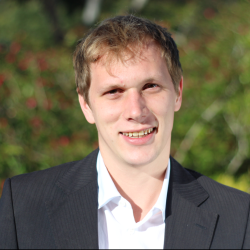 Claude Walker
Claude was an analyst and advisor at The Motley Fool.