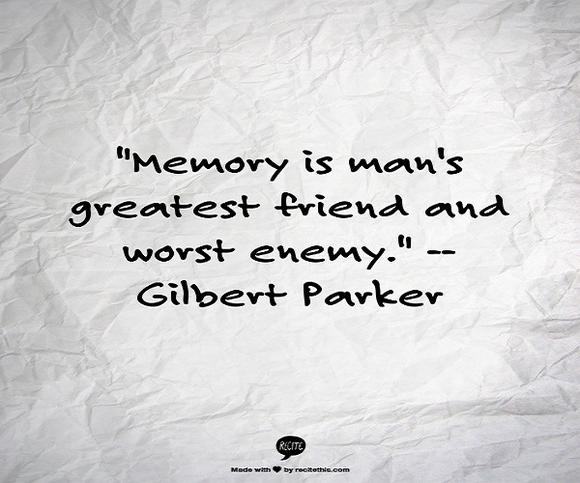 What makes a good investor?

People who are calm. People who take a long-term view. And, according to one study, people with brain damage.

In 2005, a team of researchers from Stanford, Carnegie Mellon, and the University of Iowa gave a group of participants US$20 each. They were then made an offer: You can flip a coin up to 20 times. If you lose the coin toss, you owe US$1. If you win, you get US$2.50.

Everyone in this situation should make as many tosses as possible, since there’s a 50/50 chance of accurately guessing a coin toss, and the reward for winning is far larger than the penalty of losing.

But the researchers found only one group of participants willing to make large numbers of tosses: Those with a lesion in the area of their brains that controls emotion.

Participants with normal brains threw in the towel after flipping a few losses in a row. People don’t like losing money, and even if you know the odds are in your favour, a couple of losses will turn you off.

But those whose brains suppressed emotions kept on betting, regardless of past losses. Not surprising, given the odds and payoffs of the coin-toss game, they ended up with more money.

One of the co-authors of the study called these coin-flippers “functional psychopaths,” since their damaged brains prevented them from being affected by emotions. The non-psychopaths with normal brains remembered how losing felt and became twice bitten, once shy. Their memories blocked rational behavior.

Your money and your memory
Next to losing sight and motion, surveys show losing your memory is one of the most frightening things people contemplate. But we rarely think about how our memories hurt us. As investors, they often do.

We’re more likely to remember negative, emotional events than ordinary or positive ones, especially in the short run. That’s how it should be: You want to learn to avoid bad things that happened in the past. But it plays a dirty trick on us: “People tend to assess the relative importance of issues by the ease with which they are retrieved from memory” psychologist Daniel Kahneman writes in his book, Thinking Fast and Slow. Since we give more weight to negative memories, we spend more effort trying to avoid bad experiences from happening again than we do trying to trying to benefit from positive ones, even if the positive ones offer huge upside. It’s called loss aversion, and it’s the flaw the normal-brain coin-flippers suffered from.

Think about this from the standpoint of an investor. The market falls 50% in 2008 and early 2009. That hurts. Then it rallies 130% over the next few years, recouping all of your losses and then some. This feels OK, but not nearly good enough to ease the shock you felt from the 50% crash, which was emotional and memorable. You remember the crash much more vividly than the ensuing rally, and you change your portfolio to make sure you never suffer through a crash again. You buy bonds, hold a lot of cash, and swear off stocks for good. We’ve seen quite a bit of this behaviour over the last few years. And we know it comes at the expense of long-term performance.

Worse, our memories of emotional experiences tend to get rearranged and distorted, so much so that some of what we remember never actually occurred. In his book Omaha Beach, Joseph Balkoski writes that, “one firm lesson that serious World War II researchers have learned is that the reliability of human memory varies drastically from one veteran to the next.” Time, Balkoski writes, “can play subtle tricks on the mind, and the historian’s thorniest problem is to separate those rare fully substantiated accounts from the more typical yarns that time has established.”

Veterans recalled experiences, both positive and negative, that historians could verify were “incomplete, if not inaccurate.” Some think Hilary Clinton did this when she recalled coming under sniper fire during a 1996 trip to Bosnia — an account she later recanted. Clinton may have been completely honest when recalling the experience. Her brain may have just remembered the event different from how it actually occurred. Kahneman calls this the “Experiencing Self” and the “Remembering Self.” They are often two completely different people.

Delusions of wealth
Investors suffer from this flaw, too. Martin Weber and Markus Glaser of the University of Manheim showed that investors have no idea how they’ve actually performed, and those who performed the worst — those who lost the most money — were the worst at recalling their actual performance. What we remember happening often has no connection to what actually happened. “There is just a lot of self-delusion that goes on when people evaluate their [investing] performance” Kahneman told me earlier this year. “Our memory just doesn’t correspond to the facts.”

So, what are you supposed to do about it?

One of the best ways to fight your poor memories as investors is to keep a journal. Write down exactly how you feel whenever you buy or sell a stock. Write down the reason you’re making the decision. Write down how confident you are in it being right. Be honest with it.

Any time you’re tempted to drift away from your typical investment plan, consult that journal. Go back and see how you felt about the market in the past. You’ll likely discover how faulty your memory can be. I often write about how wonderful market crashes are to long-term investors looking for buying opportunities. I pretend like I can’t wait for the next one to arrive. But when I go back and see what I wrote in 2008, I can’t help but notice how worried and nervous I was. I worried the banking system would collapse. I worried about a lost decade. And when I review what I did with my money back then, I can only conclude that I was much more scared than I now think I was. It’s far easier to say, “I’ll be greedy when others are fearful” than it is to actually do it.

That could be setting me up for all kinds of problems. If I think I’ll be braver during the next crash than I actually will be, maybe I’m holding too much cash in my portfolio. Maybe I should be fully invested instead of waiting around for cheaper prices. Maybe my asset allocation is all wrong. These are serious questions I need to consider.

Keeping a record about your investing emotions is only way to fight your bad memory and the dangerous path it can set you on. It might be the only way to invest like a psychopath.

A version of this article, written by Morgan Housel, originally appeared on fool.com.