Without Steve Jobs, Apple (NASDAQ: AAPL) wouldn’t exist today; virtually everyone would agree that this is true. Jobs was a visionary who was able to motivate the people around him to create innovative products, and he was in turn able to market them creatively to reach a wide audience. Jobs’ untimely death has further bolstered the “cult of personality” surrounding him — as has Apple’s perceived lack of innovation over the past year or two.

However, Jobs was also a dominating individual who often had a hard time admitting when he was wrong. He had a knack for understanding what consumers wanted, but he still made plenty of mistakes in his career. By contrast, Tim Cook seems very open-minded, but he isn’t the kind of inspirational leader Steve Jobs was. However, at this stage in its life, Apple needs a smart, adaptable businessman at the helm more than it needs a disruptive visionary. Thus, Tim Cook may actually be a better fit for Apple right now than Jobs would have been.

Harvesting cash
The key difference between the Apple of today and the Apple of five or 10 years ago is that the company is now, along with competitor Samsung, one of the two largest consumer-electronics vendors in the world. Because of its legendary margins, Apple still leads Samsung by far in terms of profit. As an established leader in consumer electronics, Apple’s primary goal today should be converting its leadership position — particularly in high-end smartphones — into a steady stream of free cash flow.

To be sure, Apple needs to continue innovating to achieve that goal. Google (NASDAQ: GOOG) is clearly determined to keep improving its Android platform to draw users away from iOS and drive higher usage of various Google services. If Apple stands still, it will probably continue to lose market share to Android, which offers an open platform and more choice for users. Apple also needs to continually improve its hardware and software to drive robust upgrade cycles. If the iPhone 9 isn’t much different from the iPhone 7, users will wait longer to upgrade, especially in regions where wireless carriers don’t offer big subsidies.

On the other hand, the disruptive innovation for which Apple was known under Steve Jobs would probably not help the company much today. While Tim Cook has said that Apple isn’t worried about “cannibalizing” itself, I think that’s an overstatement. For example, the iPhone has greatly cannibalized the iPod since its introduction; people don’t want to have two devices in their pockets when they can have just one. However, in the iPod’s peak year, fiscal 2008, sales totaled approximately $9 billion, with the iPod gross margin probably falling somewhere below $3 billion. As a result, Apple didn’t lose very much by cannibalizing the iPod, compared with the size of the iPhone business it gained, which surpassed $80 billion in revenue last year with gross margin above 50%.

By contrast, it’s hard to imagine how any new product line that cannibalized the iPhone could be a good thing for Apple. The iPhone is already an incredibly large business by any standard, with an unheard-of gross margin profile. Any new product that might undermine iPhone demand would have a hard time making up for the lost iPhone profit.

The benefits of Tim
So what does this all have to do with Steve Jobs and Tim Cook? The point is that Apple can best maximize its value for shareholders by squeezing as much profit from the iPhone and iPad product lines as possible. The introduction of the iPad Mini represented a step in that direction. Steve Jobs famously went on a rant against 7-inch tablets during Apple’s Q4 conference call in 2010. There’s some evidence to suggest that he was coming around to the idea of a smaller iPad in the following months, but it’s still unclear whether Apple would have produced the iPad Mini had Jobs remained at the helm. By contrast, Cook had less at stake in the screen-size debate; he recognized that smaller, cheaper tablets were the iPad’s biggest competition, and he created a very successful product in the iPad Mini that maintains Apple’s favorable margin profile. 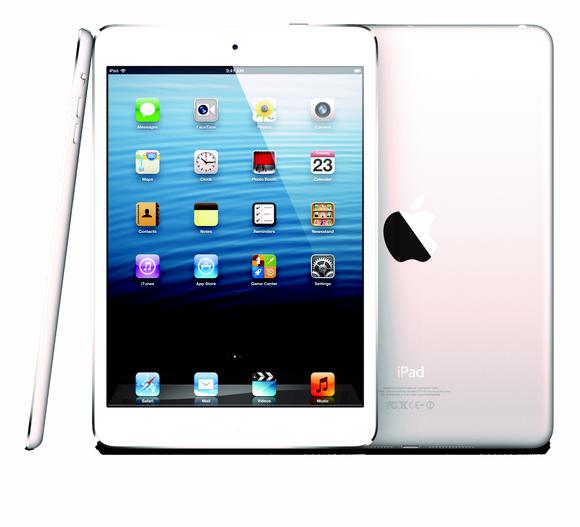 The iPad Mini (courtesy of Apple).

A similar move may be occurring with the iPhone. Jobs was a firm believer in the iPhone’s original 3.5-inch screen size, even as Android phones started to get bigger and bigger. Many iPhone users like the smaller form factor, but as Android devices — particularly Samsung’s Galaxy S lineup — have gained share at the high end, it’s become clear that Apple’s “one-size-fits-all” approach is a hindrance. Apple broke this barrier by moving to a 4-inch screen for the iPhone 5, but the company is still well behind Android on the “size curve.” Whereas Jobs would probably have resisted further fragmentation, I expect Cook to OK an even larger iPhone for late 2013 or 2014. This is just good business sense — giving customers what they want.

Foolish takeaway
Steve Jobs’ dogmatic perspective on product engineering was probably the most important cause of Apple’s success. However, now that Apple has reached the top of the mountain, the company needs a more flexible, opportunistic approach. Since screen size is apparently a barrier to iPhone sales, I expect Tim Cook to fix the problem by offering an iPhone with a larger screen. I’m not sure Jobs would have done that.

Obviously, there is some risk of missing other opportunities with a CEO who doesn’t have Jobs’ penchant for driving innovation. That said, I remain optimistic that Jobs’ death didn’t suddenly turn off the innovation machine at Apple. In any case, I believe that the opportunity for Apple’s existing product lines is so large that having a CEO who will maximize the profit from those devices (Tim Cook) will be better for Apple than having a CEO whose focus is on dreaming up the next big thing (Steve Jobs).

Tech stocks like Apple and Google aren’t the only game in town. Oil, copper, and gold continue to be in high-demand — and their popularity doesn’t look to be slowing. We’ve uncovered three companies poised to benefit from the rising prices of these commodities. Get our brand-new report — “3 High-Risk/High-Reward Resources Stocks” — FREE!

A version of this article, written by Adam Levine-Weinberg, originally appeared on fool.com.