I never got to write you to say goodbye.

At the time of your death in October 2011, and for many months after, so much was written and said about you that I didn’t want to join the bandwagon. I wanted to let some time pass, to watch and learn, and to collect my thoughts. I’d always meant to write you, though, and now that things are much quieter — and at an interesting place in history — well, I wanted to thank you, and to convey a few thoughts.

First off, I always was, am, and always will be a fan. In our 1999 book, The Motley Fool’s Rule Breakers, Rule Makers, on page 84 I wrote: “But before I even start, I want to make a confession: I’m a Steve Jobs guy.”

(I didn’t know that nine years later you would kick off the “I’m a PC/I’m a Mac” campaign with very similar language — while I wasn’t “a Mac” till 2008, I was a Jobs guy from much earlier.)

I closed that section with the following:

Relevant aftermath: Jobs is currently back at Apple  (NASDAQ: AAPL) as interim CEO. … Since the resignation of the last official CEO, Gil Amelio, in July 1997, Apple’s stock has as of fall 1998 risen from $14 to $37, an increase of 164% that outperforms the S&P 500 by a factor of five. Whatever happens — and I’m actually a bull here because I believe in The Man — it’s a darned interesting story to follow.

I didn’t know at the time that your stock, when split-adjusted, would rise 4,800% from there to today — a 49-bagger, and that’s even after Apple shares are down 36% from their 52-week high. I didn’t actually get around to recommending your stock to our membership until January 2008, which means I personally have enjoyed only a 181% return on my belief in Apple — which is still 153 percentage points ahead of the S&P 500. (I know I’m talking about the stock a lot, but in addition to being a Jobs guy, I’m even more a stocks guy.)

I wanted to thank you for a story you told my brother and me at the Businessweek conference we also spoke at in the 1990s. You were talking about criticism you were taking for spending one full day out of every week — despite being CEO of both Apple and Pixar — just doing job interviews for new hires. You asked the audience why you did it. I will always remember your answer.

I know you weren’t easy to work for; lots of people have written about that. But the value you created for all your stakeholders — customers, employees, shareholders — tells me you were right. I learned, from that day forward — it’s an anecdote I’ve told many times at Fool HQ and in speeches over the years — to apply that same thinking to my investment research and selection. Because finding the people who are awesome is a far more reliable route to beating the stock market than any other that I know.

On another note, I love Dickensian names, and you certainly had one. You created a ton of jobs. In the world swirling around me in my native city of Washington, D.C. — a world that swirls without me because I’m (shall we say?) “politically uninterested” — a lot of people think that politicians and bills create jobs. I think that’s mistaken, having seen it firsthand. I mean, I guess anyone can tax people, raise money, and then use it to pay salaries … and have thus “created” jobs. But while others may credit that, I won’t. I believe that what actually creates jobs — rather than redistributes, creates — is innovation, and specifically innovation driven by a persistent ability to attract and please customers. Outcomes that truly make the world a better place. Outcomes that create new things. My friend Roy Spence once said the greatest pleasure in life is “creating something there that wasn’t there before.” Few people — although I can think of just a few people — have done this as well as you. So yes, very Dickensian: Jobs showed how to create jobs.

I want to thank you for Pixar. Not just for me and my family — though that would be enough on its own, as our family grew up with your movies — but for many Motley Fool members. Thousands of us bought Pixar stock in 2003, and those shares today — now part of Disney (NYSE: DIS) , which bought your Pixar out — are up 5 times in value when the market over the same period merely doubled. I am truly amazed to think that, beyond creating and then reinvigorating Apple into becoming one of the great big companies of all time, you could “on the side” be leading Pixar, too. Pixar! How wonderfully innovative and charming and wholesome. I never got a chance to interview you and ask how satisfying it was to become Disney’s largest shareholder. I suspect the answer was “very” — and that it wasn’t about the money, either.

I want you to know that Apple’s stock is up from when you left us. You might have been surprised to know that from the day of your death, one year later, Apple’s stock was actually 75% higher without you. At that point — October 2012 — your company had earned the highest capitalization in the history of our U.S. public markets. Since then, a lot of that gain has washed away — and shares are now underperforming the S&P 500 since your death. I want you to know that in contrast perhaps to many, I continue to believe you built a culture and put your company in a position to keep winning. I don’t believe things will slide away from here, and I certainly don’t believe pundits who might say your company is moribund or lost. My money’s where my mouth is. (Sorry I keep talking about the stock market. It’s not my ultimate point, but it’s very often how I see things.)

I wanted to thank you, finally, for the often-quoted Stanford graduation speech you gave in 2005. Your message — timeless and now much watched by millions of people worldwide — was and has always been our message. You put it this way: “Stay Hungry, Stay Foolish.” When I first watched the YouTube video sent to me in 2005 by an excited Motley Fool member (who said, “Look, Jobs is a Fool, too!”), I couldn’t believe my eyes. Now watching it once again recently, it ages well — the message just keeps getting stronger, and I want you to know we are going to drive a huge wedge of Foolishness into this world before we’re done. Thank you most of all for that.

You would have turned 58 today. You are missed, but like the few great people of every era, your legacy will successively instruct and positively influence millions of people well into the future — it already is.

The Motley Fool’s purpose is to help the world invest, better. Click here for your free subscription to Take Stock, The Motley Fool’s free investing newsletter. Packed with stock ideas and investing advice, it is essential reading for anyone looking to build and grow their wealth in the years ahead.  This article contains general investment advice only (under AFSL 400691). Authorised by Bruce Jackson. Motley Fool Cofounder David Gardner owns shares in Apple and Disney.

A version of this article originally appeared on fool.com. 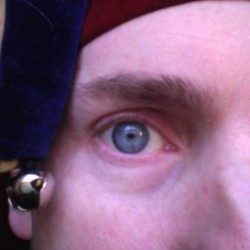