The S&P/ASX 200 is inches away from setting new all-time record highs.  The global financial crisis is a distant memory, and has been consigned to history.  Trust me, a new record high will be set at some time – and it could be sooner rather than later.

As Patersons Securities strategist Tony Farnham said yesterday,  “Overall, reporting season has been better than expected and outlook statements encouraging, leading many strategists to lift their target for where the market will end 2014.”  Charlie Aitken’s 6,000 target looks in trouble of being run over and ground into the dirt.

Record low interest rates are here to stay — excellent news for the stock market.  We’ve got the champagne chilled and party hats on standby.  But there are a few odd things going on…

Gold continues to rise, recently hitting four-month highs despite the US continuing its tapering of quantitative stimulus.

Facebook’s purchase of social-messaging company WhatsApp is being priced at cost per user, or in some cases per eyeball, raising concerns the 2000 dot-com bubble is about to repeat.

Yesterday, iron ore miner BC Iron (ASX: BCI) reported an 813% increase in interim net profit to $70.6 million, and the dividend jumped from 5 cents last year to 17 cents this year. Despite those impressive results, the market took the knife to BC Iron’s share price, shredding 6% off of it.  At current prices, BC Iron is trading on a prospective P/E ratio of 4.3 times and delivering a 7% fully franked dividend yield to shareholders. Profits could halve and it would still be trading on a P/E ratio under 9.  What’s not to like about that?

And then you have WorleyParsons (ASX:WOR), which reported a 35% fall in underlying profit for the half year, is exposed to the fading resources boom, has very skinny (and falling) profit margins, and is considering a restructure — and the market pushed its shares up over 10%.  WorleyParsons has something of a ‘market darling’ status with institutional brokers, being ‘able to do no wrong’. Just one analyst out of fourteen has a sell rating on the stock.

But if you asked me to pick one to invest in, I know it wouldn’t be WorleyParsons.  The lesson about beating the market here is the usual one — ignore the market madness and daily gyrations and focus on investing in strong, quality businesses which have the ability to grow earnings well into the future.  Along the way you also want to avoid the losers — such as airlines.

Qantas pulls out of nosedive, but it’s only a short term fix 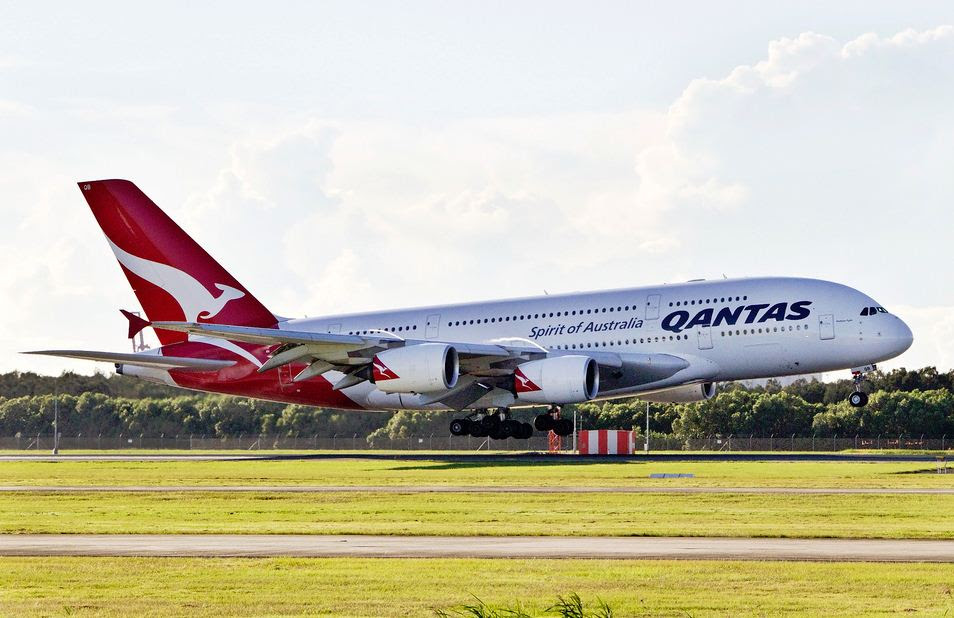 Qantas Airways (ASX: QAN) has unveiled an interim loss of $252 million, as all of its divisions, except the frequent flyer business, posted losses.  Despite the partnership with Emirates on international routes to Europe, Qantas’ International division saw an underlying EBIT loss almost triple from $91 million in the first half of 2013 to $262 million this half. Unfortunately, the results clearly show that all of CEO Alan Joyce’s hard work in establishing a partnership with Emirates — intended to pull the international division out of the red — have failed dismally.

Jetstar has fallen to an EBIT loss of $16 million, from a profit of $128 million in the previous year.

Qantas Domestic saw its EBIT fall 74% from $218 million last year to just $57 million this half.  As a result, 5,000 workers will lose their jobs as the airline cuts costs, slashes under performing routes, simplifies its fleet and implements a transformation program to save at least $2 billion over the next three years.  While Qantas is blaming Virgin for much of its troubles, its clear that the Flying Kangaroo has many more issues than just those in its domestic market.  We’ll continue to avoid the airlines.

And finally, thanks to all those who emailed me their results after allocating a core, growth or speculative rating to the stocks in their portfolio.  If you missed the email – here’s the article and you can still send me your results at [email protected]

It’s just one way that we here at the Motley Fool are trying to help investors invest better.