Warren Buffett’s legendary investment approach has been to buy companies in slow-changing industries, such as consumer products and insurance. This gives him the best chance of keeping the investment for his favourite holding period – forever.

Technology stocks can be great investments too, however, for these it may not be wise to assume the business will exist in its current form 20+ years into the future.

This suggests huge amounts of wealth will be destroyed and created in short periods of time.

Companies are already continually being disrupted and replaced. Some of the world’s biggest companies didn’t even exist a few years ago and around half of those included in the S&P 500 have changed since the year 2000.

With life expectancies as they are today, many young investors will have an investment horizon of well over 50 years. Clearly, it is difficult to imagine what the world will be like in 2066 and what businesses from today will still exist then.

The Lindy Effect is one theory to consider. It states that an idea, technology or company that has been around a long time also has a long life expectancy going forward. This is because it has stood the test of time and demonstrated a certain degree of robustness.

The theory is outlined in Nassim Taleb’s book Antifragile. He also stresses that it only suggests a life expectancy based on probabilities – it can’t be expected to be correct every time.

The following four companies have survived through the volatility of the last century or more – a period that included wars, recessions, a depression, and massive changes in technology and competition.

Westpac Banking Corporation (ASX: WBC) is the oldest of the big four banks, having existed in some form since 1817.

The current fintech revolution is likely to represent the greatest competitive challenge faced by the banks to date, and new competitors are sure to find ways to chip away at different aspects of their businesses.

In my view, Westpac is likely to adapt to these changes and if I had to guess, I would say that it will still be around in 50 years’ time.

ASX Limited (ASX: ASX) started Australia’s first stock exchange in 1861. In the last 150 years, technology has changed the way that shares are bought and sold, however, the ASX has remained the dominant exchange to date.

Technologies such as blockchain could have a large impact on the way stock exchanges operate in the future. The ASX will need to adapt to this and could face new competition and risk losing its monopoly position.

QBE Insurance Group Ltd (ASX: QBE) has been around for 130 years. Its latest challenge comes from having exposure to the European market and the consequences of the Brexit decision.

However, it is hard to imagine a world without insurance. As a large, diversified, and well-run insurer, QBE is likely to be around for a long time to come.

Telstra Corporation Ltd (ASX: TLS) has existed in various forms since 1901 and has been central to telecommunications in Australia. Despite increased competition, Telstra still has a dominant role in the market.

But with powerful companies currently working on providing satellite internet to developing countries, is there a chance that eventually we will have high-speed global coverage through some combination of satellites and drones, possibly taking Telstra out of the equation? Time will tell.

Despite their long histories, these companies are not necessarily the best investments to buy today and hold forever.

Personally, I think there are very few companies on the ASX which could be considered for ultra-long holding periods, I would prefer to go with a low-cost index fund.

When you buy an ETF that tracks the broad market you are investing in the largest companies on the ASX, but you are also investing in a strategy which sells the weak performers and replaces them with new companies over time.

Motley Fool contributor Matthew Bugden has no position in any stocks mentioned. The Motley Fool Australia has no position in any of the stocks mentioned. We Fools may not all hold the same opinions, but we all believe that considering a diverse range of insights makes us better investors. The Motley Fool has a disclosure policy. This article contains general investment advice only (under AFSL 400691). Authorised by Bruce Jackson. 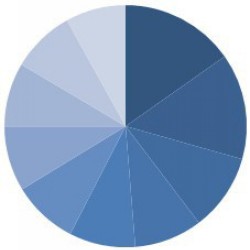