The ASX represents just a tiny fraction of the world’s businesses. Despite this, there are plenty of great shares to buy for creating life-changing wealth. A number of these businesses operate not only in Australia but all over the globe. Whilst you sleep, your portfolio can be making you money!

Here’s why it can be a great idea to invest in ASX shares with overseas exposure.

Australia is a great country with a great economy. Our record of 28 years without a recession is testament to that. However, our economy is relatively small when compared to behemoths like China or the United States. Businesses can increase their TAM by moving into international markets and subsequently boost the potential share price gains for investors.

As globalisation increasingly ties economies together, economic diversification is becoming less relevant. For now though, it is still important. Each country’s economy isn’t built equally. That is one reason we see movements in currency exchange rates. In part, these movements reflect the relative strength of two economies.

Australia has quite a simple and cyclical economy, due to the fact that commodities make up such a large portion of our gross domestic product (GDP). When a business moves into international markets, they may gain diversification and resilience from more complex or stable economies, which grow and fall out of cycle with Australia.

Australia is a developed economy and as such, its growth rate reflects this. Other countries like China may have a much faster-growing economy and middle class. For context, we can grow our economy by around 3%, whilst China is growing by about 6%. This provides a huge opportunity for a business to be a part of ‘a rising tide which lifts all ships’.

So with all this in mind, here are some top ASX shares to consider for international exposure:

A2 Milk may be the best example of a business which has benefitted from gaining international exposure in a fast-growing economy. The company has benefitted from a strong brand which led to significant daigou sales, now alongside direct sales in China. The a2 Milk share price has risen 3,105% since April 2015!

Volpara earns the majority of its revenue in the United States. The company is targeting a much larger addressable market (population) in the US than in Australia. In the most recent quarter, 27% of US women who underwent screening had at least one Volpara product applied to their images and data. Volpara has also seen strong share price appreciation, growing 180% since April 2016. 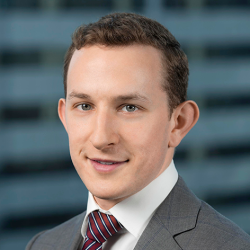