The Southern Cross Media Group Limited Ltd (ASX: SXL) share price has fallen lower in today’s trade following release of the company’s FY20 results. The Southern Cross share price bounced higher at the opening bell to 18 cents but has since retreated to 16 cents at the time of writing. This is 5.88% lower than yesterday’s closing price of 17 cents.

Having declined more than 80% from its 52-week high of 93 cents in September last year, the Southern Cross share price has faced a rocky period in FY20 to say the least.

So how did the company perform in the past financial year, and how is it shaping up moving forward?

What does Southern Cross Media do?

Southern Cross provides content for Australians through its radio, television and digital assets. It is the parent company for Southern Cross Austero, which claims to be “Australia’s biggest entertainment company with the ability to reach more than 95% of the Australian population” via its various channels.

Key brands include 2Day FM, Triple M and the Hit Network, and the company also engages with the Nine Network, Seven Network, and Network Ten in programming.

Despite the profoundly challenging economic environment, Southern Cross managed to report a profit of $25.1 million for FY20. In addition to remaining profitable, it recorded earnings before interest, taxes, depreciation and amortisation (EBITDA) of $108.2 million for the year, translating to a positive margin of 20%. Equally notable was that all four quarters of FY20 were EBITDA positive, unlike many other members of the S&P/ASX200 Index (ASX:XJO) which have reported this month.

Southern Cross’ revenues dipped by 18% for both Audio and Television assets, and the company explicitly stated it does not expect to pay a dividend in FY21, with restoration of dividends likely postponed until FY22.

Removing dividends from the equation will certainly bolster the company balance sheet, which the announcement referred to as ‘robust’ due to the recent equity raising and historically low net debt of $131 million.

A particularly bright spot for Southern Cross was the performance of PodcastOne Australia, which turned cash flow positive and grew revenue by 96% to $4.6 million in FY20. The formidable growth of podcast consumption is absolutely a tailwind for the company, albeit just one facet of the holistic business operations. The media release also indicated the company expects advertising revenues from podcasting to continue to rise in FY21, having seen the revenue of PodcastOne grow by 112% over the past 12 months.

Is the Southern Cross share price too cheap to ignore?

Considering how high the Southern Cross share price once was, it would be tempting to buy into the company now and sit on it for the next couple of years. I expect podcasting, and its associated advertising revenue to continue growing at a strong pace. It’s also likely that Southerm Cross’ radio stations will continue to maintain loyal followings.

To capitalise on these followings, the company highlighted that in FY21 it “will continue to grow our digital auto ecosystem with premium content, platforms and products attractive to our listeners and advertisers.”

On the flipside, it is the case that revenues from free-to-air television continues to decline, particularly as consumers have shifted to paid subscription services like those offered by Stan and Netflix Inc (NASDAQ: NFLX). Coupled with this, Southern Cross explicitly speculated it will likely not quality for the JobKeeper extension beyond 27 September, and this may lead to liquidity issues or cash flow shortages in the coming months.

In balancing potential risk to reward, the current Southern Cross share price remains only a watchlist item for me at this point. I think the podcasting model has the potential to continue to grow in profitability, but these gains could be offset by free-to-air television continuing to shrink in the future.

The fact that Southern Cross maintained its profitability for FY20 is a big tick nonetheless, so for prospective investors with a greater risk appetite, I think there could be considerable upside to today’s Southern Cross share price. 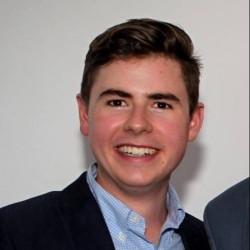