I think every parent would like to be in the position to give their kids a helping hand when needed. Research shows that parents are being called on more often to assist their children in their first property purchase.  While I wasn’t aware that house prices were going to skyrocket as they have, I decided when my children were born I would start stashing away money each month so as to have something to help set them up when they turn 21.

With such a long time frame it is possible to look past the normal gyrations of stock prices and focus on companies that I believe will be alive and kicking in 20 years’ time.

It won’t be news to many investors that TPM’s share price has been beaten around by a perceived slowing in the telecommunications market. If you look solely at the statistics, demand for data is continuing to grow and in my opinion will only continue to rise well into the future. With David Teoh at the helm, an investment at less than $8, in my opinion, will reward patient investors.

Growing up in Australia in the 70’s, coffee for my family started and stopped pretty much with the instant variety. Since that time Australia has fully embraced the coffee culture to the extent that our market is awash with various coffee beans from around the world and the once humble teaspoon and kettle have been replaced by coffee machines costing many thousands of dollars. Retail Food Group has been quickly expanding its presence in the market as an importer, roaster and seller of coffee beans. This early move should act as a strong catalyst for future long term growth.

Sonic Healthcare Limited (ASX: SHL) Sonic Health is an Australian medical diagnostic company which has slowly been expanding its operations overseas. Over the last 12 months, the share price has seen quite volatile movements in part due to government reviews around medicare subsidies. No doubt governments around the world will attempt to rein in costs but I firmly believe demand for such testing will continue to grow as the health industry moves further towards prevention rather than cure.

Of all my selections I am sure this one will cause the most debate. Love or hate the big banks they are the heart and soul of Australia’s financial system. As we saw during the Global Financial Crisis when the going gets tough the government will step in and support the big 4. While I am not expecting rapid growth, I am expecting continued solid dividends which I plan to reinvest when the market experiences its usual correction phases.

Motley Fool contributor Alan Edmunds owns shares of Commonwealth Bank of Australia, Retail Food Group Limited, Sonic Healthcare Limited, and TPG Telecom Limited. The Motley Fool Australia owns shares of Retail Food Group Limited. We Fools may not all hold the same opinions, but we all believe that considering a diverse range of insights makes us better investors. The Motley Fool has a disclosure policy. This article contains general investment advice only (under AFSL 400691). Authorised by Bruce Jackson. 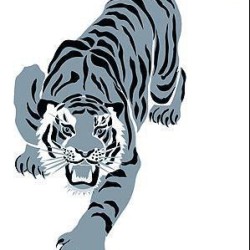 Alan Edmunds
Long term value investor with an emphasis on small cap stocks. Always happy to talk stocks. I can be contacted on twitter @Alonzo_CTHG